Who can ever forget the day the first heard the album ‘It takes a nation of millions to hold us back’ from Long Islands Public Enemy? Before I ever got my hands on it my older brother who is no rap fan purchased it. I was sat inside the living room and he came back from the city with his vinyl copy.

There was nothing out there to compare to with how big a sound that record was. I remember him looking at me doing arms folded stances, something that I do pretty much all the time in personal pics. Funny enough the stand out track on that first listen was by no means the greatest or the one any DJ’s play, it was ‘She Watch Channel Zero’.

To this day there has never been a record like it. In reflection where this record made its biggest impact on me was the lyrics by the front man Chuck D and its minister of information Professor Griff who’s  sheer presence in my view, stood there as a strong person of color. The groups imagery was iconic. I think this is one of the reasons my older brother now in his 50s brought this album he was already intune with its message. He was into politics and would spend his time sat in his room reading books about Carl Marx when not listening to records or drawing.

Being a lot younger I loved the message and the stance P.E took. I felt inspired and strong willed; I felt I had something more to offer and that I was no second class citizen to anyone. This record and B.D.P’s Edutainment were catalysts for me seriously pursuing this art form and working towards becoming a contributor to not just document its development growth and origin but to inspire future generations.

My interest in records, graff and Breakin film & photography was there before this record let’s make that clear. This record influenced me to try make a everlasting mark on not just this culture but people I meet on my journey.

Fast forward some 20 years I got to make friends with former P.E journey man Johnny Juice who I wanted to feature in my movie ‘The Men & Their Music’. This lead to genuine friendship we went onto work a few projects together. The first being the piece on Leaders of the New School and the film on Son Of Bezerk all shot at the famous Terrordome. Which lead to me asking Juice to take part in my upcoming movie ‘ Looking for the Perfect Beat’. This later lead to me working on his HiCoup project shooting and directing the videos for the song Crocodile Tears.

Also over the years I had built a strong friendship with NYC Radio Legend and DJ, Chuck Chillout. Who’s infamous ‘I’m Large’ video got played on BBC2’s Def 2 Show. We worked on a short film together too. I was given a chance to film his show at Kiss Fm. I believe it was these two men that must of talked to Chuck D about my work.

2014 Saw Public Enemy embark on a European Tour for which Chuck Chillout joined them. I remember the phone call I got some 2 or 3 am in the morning from him.   I was fast asleep but Chuck told me he’s coming to the UK lets get together. So he cordinally invited me to join him on one of the P.E shows. I drove to Sheffield with my long time friend Diamond Keith as he is known today to meet up with Chuck Chillout at their hotel. There in the lobby we met members of the group.   That evening Chuck D did leave his room and visited the group where he quickly just hello to me.

The following day we went to the venue in Sheffield. Courtesy of P.E we joined them in the V.I.P area where some hours later Chuck D arrived. I was sat with Chuck Chillout when Chuck D sat down with us and said right Pritt, lets talk. I want to know what you do and how you do it, I hear a lot about you over in the states. We discussed my beginnings and where I am now. I even showed him some of the new film I’m working on. I remember telling him that I do come from that B-Boying Culture and that I thrive of competition, The last film of any substance at that time was ICE T’s ‘Art of Rap’. I told him that I’m going to do my best to take that film out and show people what people can do and achieve with no budget no sponsors and very little support also taking to account i’m not from the USA or even the Big city of London. I believe I am the hip Hop story and that my actions in the completion of this film away from the movie itself can only inspire young /old people that if you really believe in something that not everything is beyond your capabilities.

With so many negative images and media driven agenda’s, I wanted to show through facing many challenges, diversity and person issues that people of color can do great things. This left a mark I think on Chuck as he allowed me to join the group on stage and shoot them. 2015 They return to the UK and in my home city of Birmingham where Chuck welcomed me to join the group to shoot them performing at the Moseley Jazz Festival. 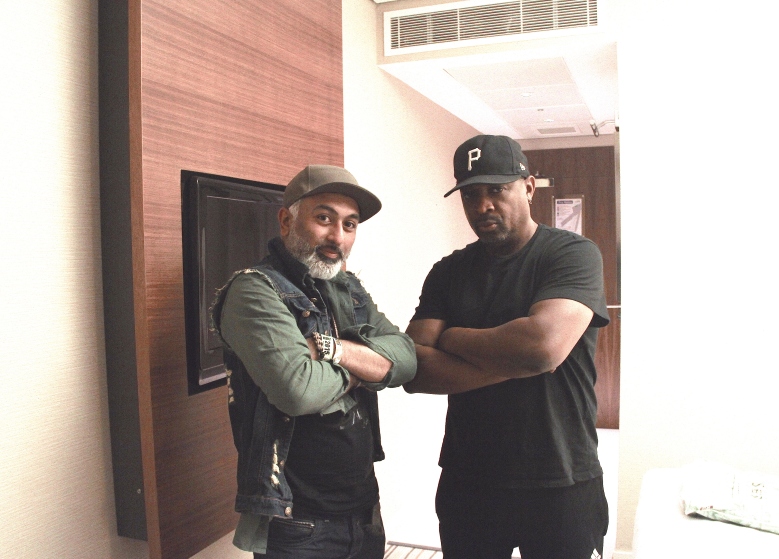 That night I joined Chuck in his hotel room too have a long discussion regarding a few things. Within the week I had edited the show up for which I sent to the group. Seeing as Erik shared the video on facebook I thought I would write this about my experience with the group plus for a limited time share the film I shot. There is another film I did shoot for the Legendary Roy Ayers who also performed at the Jazz Festival which for all those that were there was spectacular as Flavor Flav made a guest appearance and together with Roy Ayers and Band shared a incredible moment with us all.

Big thank you to everyone mentioned and all the P.E Crew.Tommo & Mike Richards & Moseley Jazz Festival.